The Futurism movement began in Italy in 1909 with Filippo Marinetti’s The Futurist Synthetic Theatre Manifesto. Futurist performance evenings (‘searate’) were a mixture of poetry readings, visual art displays, performed plays and manifesto readings. The Futurist play was often frighteningly short (sometimes only a moment or two in duration), consisting of telegraphic speech akin to some works of the Theatre of the Absurd. The Poor Theatre of Jerzy Grotowski in the 1960s and 70s bore some resemblance to Futurist practices, in that it, too, experimented with performers moving in and around the spectators. Futurist theatre evenings borrowed from music hall and variety in their structure and form, with a series of short acts presented one after the other.  – Justin Cash

Excellent lecture notes on the Futurism movement in the theatre (archived) by academic Paul Jackson, outlining its main practitioners, form and conventions.

Although it began as a literary movement, Futurism soon embraced the visual arts as well as advertising, fashion, music and theater, and it spread throughout Italy and beyond. The Futurists rejected stasis and tradition and drew inspiration from the emerging industry, machinery, and speed of the modern metropolis.
Guggenheim Museum

An excellent essay discussing the characteristics of Futurist theatre and the nature of the audience.

Wikipedia entry on Futurism with references to the theatre and plays belonging to the movement.

The outstanding article “The Art of Noise: Sounds of the Italian Futurists” focuses on artist and composer Luigi Russolo and the types of sounds and experimental instruments involved in his work.

From 1910 onwards, they (the Futurists) gave performances during which they read their manifestoes, gave concerts, read poems, performed plays, and exhibited works of visual art – at times several of these simultaneously.
Oscar G. Brockett, History of the Theatre

Program for a 2009 MoMA exhibition Futurism and the New Manifesto celebrating the centenary of the 1909 Futurist Manifesto publication by Filippo Mainetti. 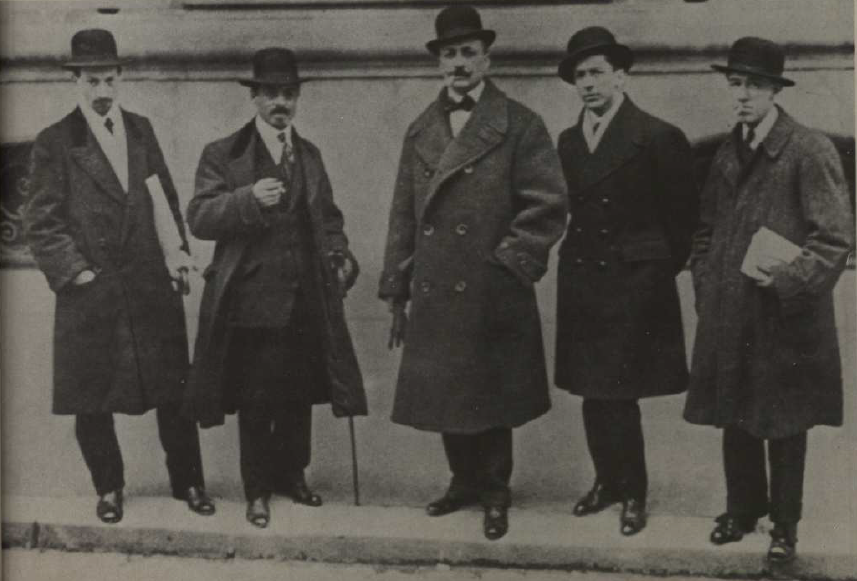 Futurist Theatre Concepts and Synthetic Plays
The author of ​​The Futurist Synthetic Theatre Manifesto (1909) Filippo Marinetti compared the traditional theatre with “The slow agony of a horse who has collapsed on the pavement”. Synthetic Theatre was created by Italian Futurists to break the existing traditions and forms of the performing arts…

Review of an art exhibition described as “the first ever to directly link Italian and Polish Futurism in the context of theatre“. Some great images of Futurist set design.

Anthology of Futurist essays and writings, including a couple on the theatre and scenic design.

Article discussing three plays by Futurist poet Mina Loy, including references to dramatic structure and the nature of performance.

This post may contain a small selection of relevant affiliate links. When you purchase a product from an affiliate link, I may receive compensation at no cost to you. See the disclosure page for more info. Black comedy, also known as black humour and dark comedy, traditionally mocks serious subject matter. Topics can range from… This post may contain a small selection of relevant affiliate links. When you purchase a product from an affiliate link, I may receive compensation at no cost to you. See the disclosure page for more info. Polish theorist and practitioner Jerzy Grotowski (1933–1999) is today best known for his poor theatre form, The Laboratory Theatre…